“Is feng shui real?” “Is it fortune-telling?”

These are common questions that I get asked when I tell them I’m a feng shui consultant.

With the internet expanding to all corners of the world, it’s no wonder that there are so many different theories.  I’ve come across feng shui astrology that forecasts the Chinese Zodiac, feng shui that predicts your energy for the year, feng shui bracelets that promise wealth and feng shui tricks!

The other day, in a feng shui group forum,  I came across someone saying how elephants were feng shui!  Since anyone can say anything nowadays, I should no longer be surprised.  But I am!  I feel the real question we all need to ask is, “Is this true? Or is this all a marketing ploy?”

First, you may be wondering, “What is feng shui?”

Feng shui is the ancient Chinese knowledge of how the unseen innate energy of the land and environment affect people.   It’s 3,000 years old so no wonder there are so many different theories floating about.

It’s the study of how this energy, we call chi, affects you, me, and all things in the Universe. Most importantly for us, we learn how this chi affects the way we think, the way we feel, and the way we act.

Let’s start with how feng shui began, the origin of feng shui

The ancient Chinese people constantly searched for good safe places to live. Like all people in the world during that time, they looked for the basic needs for survival: food, water, and shelter.

He would travel for months examining the landscape and weather patterns. One of his methods to check if the land was suitable for living was to test the water. He observed the clarity and tasted it. If the water was cloudy and tasted bitter, it was a bad sign. If it was clear and sweet, that was a good sign.

He would check the soil too. Hard or too wet soil was a bad sign. Hard meant it would be difficult to build and wet meant flooding. The feng shui master searched for dark, rich, and crumbly soil, because he knew it was good for farming.

Once they’d found a good place for living, other people noticed and would come to join them.  And over time, these clusters of houses became villages.

As time passed, the feng shui masters began to notice a difference in the villages. They wondered, “Why are some villages more prosperous than others?  Do these prosperous villages have something in common that makes them prosperous?”

After much research, they found that all the prosperous villages did have something in common. What was it?  Could it be replicated?  Was this the secret to prosperity?

What they found was that all the prosperous villages were surrounded by a similar natural landscape.  It had a specific configuration or pattern.

What was this pattern? (See Image)

First, all these villages were located on flat land. And in all the cases, behind the village was a mountain. On both sides were hills and in front of the village was water. Please see my simple sketch.

After digging further, they concluded there was a clear reason why this particular landscape pattern allowed villages to be prosperous.

The mountain behind the village was a great resource for the village. It provided wood for building homes and firewood for cooking. The mountain attracted birds and animals too.  Thus, the villages had a good resource for food. Hence, the Mountain, both literally and figuratively, became the metaphor for support.

The hills on either side of the village provided protection. They had protection from weather and neighboring village attacks. These hills became known as the Guardian Hills and was the metaphor for protection.

When the rains came, water would flow down from the surrounding mountains and hills and would gather down toward the village. As it flowed through the soil, it collected all the minerals that enriched the village land, providing very fertile soil. Therefore, whatever seeds the villagers planted, grew in full bounty.  They were blessed with their plentiful harvest. This Flat Land with the fertile soil became known as the Energy Spot and the metaphor for Growth, because it was land that kept giving.

Lastly, there was water that was always located in front of the village.  Now, as you all know, water flows to the lowest point. So, water in front of the village meant that the village was safe from flooding. Water provided fish, seaweed, and all sorts of seafood.  Water attracted other animals too.  Not only that, water gave the villagers the opportunity to explore other lands.  This gave them a chance to trade with other tribes too, expanding the quality of their lives. Hence, water became the metaphor for expansion.

Thus, when a village had all these four landscape features, Mountain, Hills, Flat Land and Water, in that particular configuration they knew that this village would become prosperous.

So, the Feng Shui Four Features Model developed as a guide for a prosperous village.  There are the Four Features and their metaphors.

Prosperity is not how we think about it today. It wasn’t about having lots of money or material things. It was about having all their needs met without worrying about it.

Nature helped provide their prosperity. It was the configuration of the landscape that allowed them to have a life of plenty.  Being in the right location, in the right environment naturally, brought the whole village prosperity

This is the foundation of feng shui. It was originally, all about the landscape. It was about where the mountain, hills, and water were in relation to the village.

It was about natural land formations and the environment and how they affected people’s lives. This is the foundation of Form School Feng Shui. This is the base knowledge of feng shui.

In the same way, our modern living environment, meaning our home or office, can also affect our thoughts, affect our feelings, and ultimately affect our actions. When we configure our space to provide the best energy, we feel we can tackle what life brings.

Blue Mountain Form School feng shui gives us the tools to assess this energy. Our goal is to create an environment that supports our life, so we can function optimally, create good relationships and be productive for a fulfilled life.

This site uses Akismet to reduce spam. Learn how your comment data is processed. 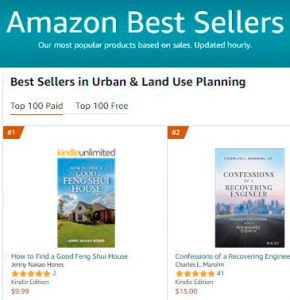 We would love to help you create beautiful spaces that make your life the best you can be.